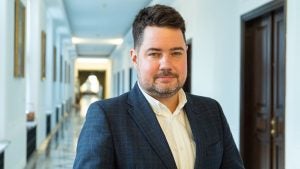 CERES introduces you to our visiting researcher, Dr. Bartosz M. Rydlinski. He was a visiting scholar at CERES in 2014, and we welcome him back this spring!

Dr. Rydlinski is an assistant professor at Cardinal Stefan Wyszynski University in Warsaw, member of the “Amicus Europae” Foundation council, established by former Polish President Aleksander Kwasniewski. He is a former EASI-Hurford Next Generation Fellow at the Carnegie Endowment for International Peace.

Dr. Rydlinski is a member of:

He is co-founder of the Polish social democratic think tank Ignacy Daszynski Centre. In 2022, he was a candidate of the Left Parliamentary Fraction in the election process for Collegium of the Institute of National Remembrance.