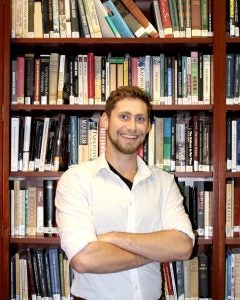 Benjamin Shefner is originally from Syracuse, New York. He graduated from the University of Vermont in 2018 with a triple major in Political Science, History, and the Russian Language. Following graduation, Benjamin moved to Russia for a year to teach English in Saint Petersburg before spending several years engaged in domestic political activism. At Georgetown, he is interested in researching transnational corruption and civil society development in the post-Soviet space.